Things to Do in Hawaii Kai

Although Hawaii Kai is predominantly a residential neighborhood in the eastern end of Honolulu, there is plenty to do and see any time of the year. From the Sunset Serenade Summer Concert Series at the Hawaii Kai Towne Center to a visit to the legendary Makapu’u Lighthouse, Hawaii Kai has something for everyone.

Shopping, Events and Programs at the Hawaii Kai Towne Center 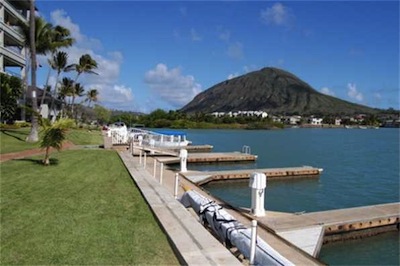 Whether you are looking for beachwear, furniture or fresh cut flowers, shopping at the Hawaii Kai Towne Center is a must. While you are there catch some exciting events such as the East End Hot Rod Car Show in July or September or the Summer Serenade Concert Series between June and August. When it’s fresh fruits and veggies that capture your interest, step out back in the area facing the marina to the Farmer’s Market that runs Mondays, Wednesdays and Saturdays.

Perhaps you want to shape up a bit with Luk Tung Kuen on Wednesday mornings with the free movement dance class for improved circulation and flexibility. Don’t forget the amazing shopping at the Towne Center with stores such as Costco, the City Mill Home Improvement Center or for extra value in clothing you could stop by Ross Dress for Less.

Places of Interest on Hawaii Kai

If you are a history buff you might like to visit Makapu’u Point State Wayside where there are some old bunkers dating back to WWII which are quite near the summit. You can also visit the Makapu’u Lighthouse that was constructed to keep ships from running aground as so many did prior to its being erected in 1909. Although the lighthouse itself has restricted access it is probably safe however since a series of vandalisms in the 1980’s there has been limited access to the public.

Then there are places quite near Hawaii Kai that appeal to the outdoorsman or nature enthusiast such as Koko Crater which is a crater from an old volcano and is now a lovely botanical garden. Of course, what is a trip to Hawaii without spending time on the pristine white beaches or body surfing the waves? The one thing you should know when deciding to stay in one of the fabulous vacation condos or in a residential vacation property is that Hawaii Kai is actually a neighborhood on the eastern perimeter of Honolulu so there is always something to see or do as Honolulu is about the 10th largest city in the United States.

Although there are no highly advertised hotels and/or motels directly in the Hawaii Kai neighborhood, there are vacation rentals which can be rented weekly or seasonally when visiting this off the beaten track section of Honolulu. Some people prefer to stay away from the major hubs of activity simply for a taste of what life is really like on an island paradise. While it is a relatively new area of the Oahu Island upon which Honolulu is located, it is not one of the major areas where the larger hotels have taken over. For a true glimpse of life in Hawaii, Hawaii Kai is a perfect choice.