Although there probably isn’t a person alive who doesn’t immediately associate Honolulu with Hawaii when the nation’s 50th state is mentioned, very few people may be familiar with Hawaii Kai, the largest residential neighborhood in the eastern area of the city. The Hawaii Kai community is residential for the most part with 619 owner occupied single family residences, 282 single family rental housing units and a number of larger condominiums and apartment complexes as of the June 2011 statistics released by the Chamber of Commerce.

Living in Near Perfect Climate 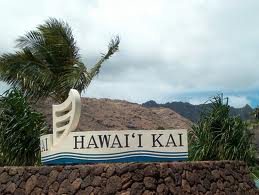 Whenever we think of Hawaii, we envision sandy beaches and tourists sipping cool tropical drinks while enjoying luaus and watching Hawaiian fire dancers. But there is a whole other side to the Hawaiian Islands in which families live, work and go to school just as we do everywhere else in the country. The only difference is that the residents of Hawaii Kai are fortunate enough to live in a neighborhood that has near perfect climate and some of the loveliest views in the world.

If you are relocating to Hawaii Kai or the greater metropolitan area of Hawaii, the first thing you will want to do is find a residence. As mentioned, there are 282 SFR rental units in this neighborhood which also boasts more than 237 buildings with twenty or more units. These larger complexes are mostly condominiums, some of which have seasonal or yearly rentals available.

One of the things you will notice about Hawaii Kai is that it is a relatively young neighborhood in the scheme of things. It is noted that there are no existing residences that were built prior to 1940, with most residential buildings being erected in the 1970’s and 1980’s. According to the latest statistics published by the Hawaii Kai Chamber of Commerce, the ages of residential buildings are broken down as follows:

By these figures, it is apparent that the majority of buildings are between 30 and 40 years old but what isn’t at first obvious is that the newer buildings are mostly condos and larger apartment complexes.

A Glimpse of the People in Hawaii Kai

Any family that is looking for rental properties in Honolulu would be well served to consider Hawaii Kai since this is a neighborhood largely comprised of couples and families. While there are some exciting things to do and see in this eastern part of the greater metropolitan city of Honolulu, you can feel secure in knowing that it is a largely residential area with the more ‘touristy’ locations elsewhere on the island.