Unless you have ever been in the Marine Corps or have had a husband or relative in the Service, you may not be familiar with this relatively unknown area on the island of Oahu. Of course you have heard of Waikiki on the same island, which is among Hawaii’s most popular vacations spots, but Kaneohe is another story altogether. Although it is home to one of the 12 remaining Marine Corps bases in the United States, many people aren’t familiar with the CDP area, Kaneohe, on the windward side of the island.

A Little Bit of History 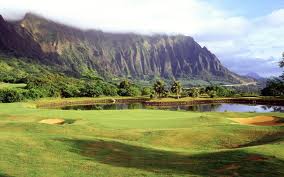 At one time Kaneohe was largely agricultural but at the moment the only crop of any import is bananas. The state’s libraries are full of legends about the ancient Polynesian peoples who once populated the area, but it is known that in the mid 1800’s King Kamehameha I graciously gave the land back to its local people prior to unifying all of the islands into one sovereign land. Early the next century, sugar cane became a huge industry in Kaneohe. This brought a diversity of peoples from near and far who had great expectations of a better life brought about by the multitude of sugar plantations, but then WWII erupted and the rest is history. Kaneohe was the first area of this island to be bombed as the Japanese made an effort to land here but were foiled by the in progress bombing of Nagasaki in Japan which was the beginning of the end of the war.

The Economy in Kaneohe

After the downfall of the sugar industry and having recovered from the damages wrought by the war, Kaneohe quickly began to prosper once again. Although bananas are the main crop in this lush, green area of the island that receives plenty of rainfall, rice is also a major player in the agricultural arena. However, tourism is Kaneohe’s leading industry as the coastline is one of the most beautiful to be found in Hawaii. Also, families and friends come to visit Marines stationed here on the base which just adds to the tourists who come to drink in the natural wonders all around them. With Kaneohe Bay being the largest of the sheltered bodies of water in Hawaii, it sports a public pier that brings in thousands of nautical visitors annually. The mean income per family is approximately $66k while the per capita income is reported as being $39k. This is extremely high in comparison with the rest of Hawaii, which just goes to show that those who live in Kaneohe truly do live the good life.

Once you have had a chance to visit this lush and beautiful tropical paradise you will be sold without ever having seen the first property listed for sale. Whether you were once stationed here as a Marine or are visiting for the first time, the land will speak for itself. From condos to single family residences, prices are more affordable than those in Kahala for example, and well within the means of anyone looking for a Kaneohe home this side of heaven.