Kapolei, part of Honolulu County, on the island of Oahu, Hawaii is an unincorporated community. This means that it is not a municipal corporation and hence even though it is only second to Honolulu in size, it cannot be termed a city. It is growing to be the second urban centre in Oahu, after Honolulu. Oahu is the most densely populated island of Hawaii. Much of the land comes under industrialist James Campbell’s estate. James Campbell Company’s subsidiary, Kapolei Property Development is the major developer in Kapolei. 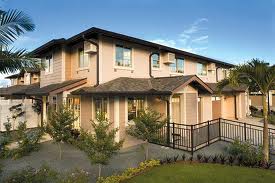 Before industrialisation, the land was primarily sugarcane and pineapple fields. Kapolei’s new residential communities offer state-of-the-art design and services, and offer something for everyone. They range from townhouses and condominiums to single-family homes. Kapolei is also a popular tourist location. This makes it one of the most favourable places for the real estate market to flourish.

Over the past decade, although the median sale price has increased, it has decreased over the past year. For June 2011 to August 2011, the median sales price for homes was $405,000. In comparison to the previous quarter, this is a decline of 10% which amounts to $45,000. Compared to the previous year, this is a decline of 21.4%.

Kapolei Property Development is the primary realtor in Kapolei, offering homes for short-term rent and on lease. There are a number of other registered realtors who offer complete services for buying a house and in some cases, also help obtain a mortgage. American Dream Realty offers services in residential Kapolei real estate sales. Kapolei Realty and RE/MAX Honolulu are other realtors that promise quality service and savings. However, it is expected that of the buyer to undertake a complete background check on the realtor. Also, a small amount of negotiation can go a long way in saving money.

Being second only to Honolulu in size and development, this primarily urban area has a community which leads a fast-paced, urban lifestyle. The crime rates, however, are not exponentially large. 4.23% of the population is affected by property crime and only 0.28% of the population is affected by violent crime. Kapolei reportedly has the second largest median income on the island of Oahu. It also has an excellent education system.