Mililani is located at the heart of the island of Oahu, Hawaii. Under the Oceanic Properties subsidiary of Castle and Cooke, Mililani was developed with an aim of being a satellite city. With exponentially increasing real estate prices, it came as a great relief for all those looking for affordable but quality houses. It is the only community in Hawaii to have the distinction of being an All-American City. It has been names one of the best places to live in the US by Money magazine. It is also in close proximity to important cities like Pearl City and has a close resemblance to a modern American suburb. 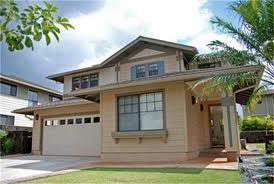 Developed by world-class architects and planners, it has been meticulously planned to offer high standards of living. From the very beginning, Mililani has never failed to attract investors. With the extreme volatility that the stock markets are now experiencing, investors are turning to places like Mililani where there is a guaranteed long-term return on real estate investments.

Mililani continues to be one of the most sought-after but affordable places to live. However, there has been a decrease of about 31.5% in the median sales price over the past five years. This can be attributed to the property bubble which recently burst and the worldwide economic crisis. Also, it was during the year 2009 that the number of sales reached an all-time low. However, real estate in Mililani is regaining its popularity. There has been an increase of 13.4% in the median sales price compared to the first quarter this year. The average listing price has increased, which is also an indication of increase in property value.

The average number of sales has been increasing steadily over the past two years. The number of listings has also increased which is again an indication of the fact that the real estate market is growing. The average price per square feet has decreased in comparison to the previous year. Mililani, however, continues to be one of the wealthiest zip codes in Hawaii. Also, since it is still expanding and developing, the real estate market is now safe from any further crisis.

There are plenty of banks, companies and mortgage brokers who offer different interest rates depending on the principal amount, loan type and expected number of years of repayment. The average mortgage prices have, however, gone up in the past few weeks. This can be attributed to the financial crisis that the world is currently experiencing. The annual percentage rates vary from 3 to 4.5% depending on whether it’s a fixed loan type or not and on the number of years. There are also a number of lenders offering affordable and reasonable refinance rates.

Mililani is a planned development project and is hence primarily a residential area. The people experience high standards of living and live a comfortable life. There is a strong sense of culture and community among the residents. The crime rates are fairly low and all the basic amenities are available. The homeowners pay dues to the Mililani Town Association.