When looking for upscale residential property on the island of Oahu, Hawaii Kai is the place to start. Near enough to the center of Honolulu, yet far enough away for your right to quiet enjoyment, this community on the southeastern edge of Honolulu city and county is as close to perfect as possible. Some of the ocean front properties are a bit pricey but you get what you pay for. If it is perfection you are looking for – this is it!

While some of the more reasonably priced neighborhoods are a bit inland, there are high end homes facing the marina which are of course among the costliest you will find on the island. Hawaii Kai itself, for the most part, is residential and the properties do not come cheap, even those which are on the low end of the market for this area. Location is everything when it comes to real estate and any property on water is of course going to have a higher asking price. Among the 23 unique neighborhoods in Hawaii Kai to choose from are Anchorage, Hahaione-Lower, Hahaione-Upper, Hawaii Loa Ridge, Kalama Valley, Kamehame 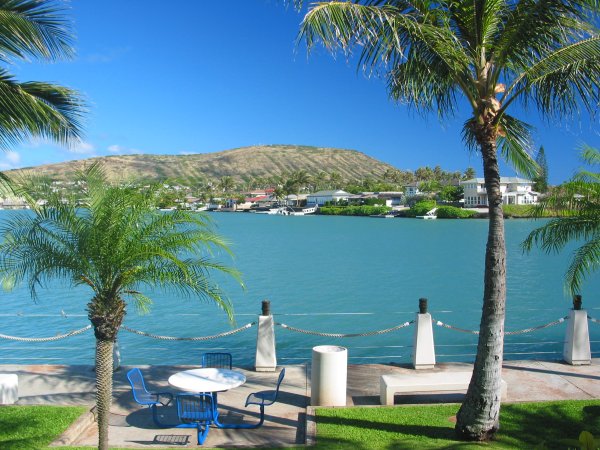 Spinnaker Island is undoubtedly the premier location in all of Hawaii Kai as each and every home is located on the water. In fact, they all back directly onto the Hawaii Kai marina and each home has direct access to a dock. This is not a neighborhood for the average middle class family as prices tend to range from $1,000,000 to $2,000,000 plus, but again, location is everything. In fact, there probably isn’t a family in the neighborhood that doesn’t own a boat or some other high tech water toy! If you love the water, are looking for an upscale neighborhood and can afford the prices, Spinnaker Island is a definite possibility. Keep in mind that homes here are not often listed on the MLS so that if you come across an occasional listing you might want to get the jump on other buyers. These listings don’t last long.

If you are searching for property on the marina yet a bit more affordable than those on Spinnaker Island, Mariners Cove is just what you are looking for. A good portion of the 416 homes in this neighborhood are quite new, many of which have been built within the past ten to fifteen years. Low end homes are available for under $800,000 while there are some listed at over $1.2 million. Houses tend to move a bit quicker in this area, which is evident by the fact that an amazing 24 homes were sold in 2007 alone and even during the height of the mortgage crisis in 2009 another 16 were sold! That alone should indicate just how desirable this property is.

Make no mistake about it – property anywhere in or near Honolulu is going to be costly as this is one of the largest metropolitan areas in the United States rounding off at number 10 or 11. However, with the diminishing availability of waterfront property and the fact that Hawaii Kai is located in a state that is known worldwide as a tropical paradise, prices are actually quite reasonable.