Kahala of the Rich and Famous

Anyone who remembers that syndicated show of the 80’s and 90’s entitled ‘Lifestyles of the Rich and Famous’ can certainly identify with it when visiting Kahala. With some of the most expensive real estate in Hawaii located in Kahala, you are sure to feel a bit awed at the luxurious homes in this subdivision within the larger Honolulu neighborhood of Diamond Head. 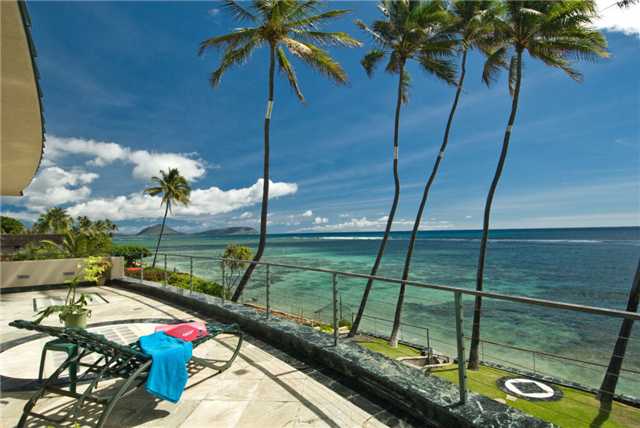 There are actually two very diverse age groups living in Kahala. Many of the older homes have been inhabited by the same families for half a century while the newer mansions are owned and lived in by the younger business moguls and perhaps a star or two, but we’ll never tell! Whether the inhabitants come from the older ‘aristocracy’ or are the up-and-coming 21st century elite, there is one thing they all have in common and that is money – and plenty of it.

The Cost of Kahala Real Estate

In the year 2006, the average asking price for a home in Kahala was approximately $3 million while older homes that needed major renovations were selling for at least $1.5 million. That fact alone should tell you just how expensive real property is in Kahala. Even when the mortgage crisis of 2008 and 2009 was in full bloom, properties on Kahala were not devalued. There was no reason to do so as there were plenty of people who had money to pay cash for their slice of this tropical heaven.

A Glimpse at Today’s MLS Listings

If you are looking for an ocean front home then you can expect to pay upwards of $10 million while a 1/1 condo apartment which may or may not have an ocean ‘view’ would be listed for no less than $1,250,000. In fact, many beach front homes list for more than $15 million and that is a home with only four bedrooms and perhaps 4.5 baths. This would be a luxurious and certainly spacious home but by no means what we would call a mansion. Still, it isn’t the actual home that demands the asking price it is the property that comes at such a cost. Even a vacant lot, if one could be found, would cost more than a million dollars. Anyone looking to live in the lap of luxury would not find a more ideal setting than Kahala in Honolulu County.

In real estate it’s all about location and if you can afford the asking prices then Kahala is certainly the place to live. Whether you are looking for an older home to renovate or a newer spacious home with all the latest amenities, you can easily find what you are looking for in this prestigious area of Honolulu. Even homes which are not on the ocean front are still within easy access to some of the world’s loveliest and secluded public beaches and you are never far from shopping, theatre, restaurants and entertainment of all sorts. You may have missed out on the television series but you can certainly enjoy Kahala’s lifestyles of the rich and famous.