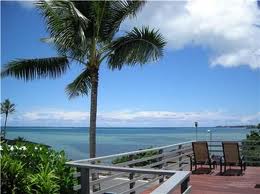 According to the data compiled from the 2010 Census, 79% of the residents of Kaneohe are over the age of 18. This means that 21% are either school age, or soon to be entering kindergarten which is why many people relocating to Kaneohe are interested in the schools which serve the area. There is one public high school, eight elementary schools and two private schools in Kaneohe. This is actually quite a good number of schools in that the total area of Kaneohe is only 6.57 sq. miles.

As for demographics, 49% of Kaneohe’s residents are male and 51% female. Only 11.4% of the population is Native Hawaiian or Pacific Islanders with the largest group of residents (27.9%) being those of two or more races. Interestingly, there is a huge Japanese population in Kaneohe as 23.6% hail from Japan which makes them the largest ethnic group in Kaneohe, with White Non-Hispanics totaling approximately 19.3%. Of the 6.1% who were foreign born, 87% of them are Asian.

As for the area itself, Kaneohe is on the windward coast of Oahu with nearby cities being Aiea, Maunawili, Waikane, Waimanalo Beach, Waimanalo, Ahuimanu, Kahaluu and Heeia. It is largely residential with a few restaurants and stores, but since it is in such close proximity to the City of Honolulu, that is just how the residents of this community likes it. A very low percentage of the homes here are vacant, and as of the latest statistical data, 96.4% of all housing units in Kaneohe are occupied.

In terms of real estate in, this means that property here is at a premium when you consider that the average of occupied housing units across the United States is 88.6% and the total of occupied housing units in the County of Honolulu is 92.3%. Very few properties are listed in the MLS for Kaneohe which means that when they do come up, they tend to sell quite quickly.

Temperatures on the windward side of the island of Oahu are much milder than they are on the southwestern coast where Honolulu is located. Where temperatures are in the high 80’s during the summer months in Honolulu, in Kaneohe they range in the low 80’s. Anyone who is looking for the excitement of a city but the weather of paradise is best served living in Kaneohe.

In fact, the price of real estate in Kaneohe is much lower than properties in the greater Honolulu area. It is possible to find affordable homes and condos starting at just over $200k. Anyone looking for a short drive to work in the city will find the 20 to 25 minute commute much more enjoyable than those living even closer on the Leeward side of the island that constantly battle huge traffic jams. Approaching from the east is said to be much, much quicker.

If ever there was a community that was worth relocating to, Kaneohe would be the place to consider. It is close to Honolulu with its exciting shops and beaches, but far enough away for quiet enjoyment. Close to the Kaneohe Marine Base, families with career servicemen are especially fond of the area, but so is anyone who has the good fortune to call Kaneohe home.