Although there is plenty to do and see in Diamond Head, from a history buff’s perspective, this is truly the heart of an island paradise. From amazing geological formations to historical sites, this is a prime location to visit a few days while touring Hawaii. 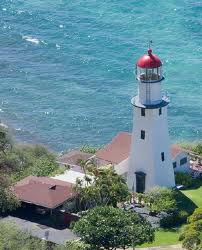 You don’t need to be a history buff to totally enjoy the incredible scenery on Diamond Head which includes the world famous natural wonder, Diamond Head Crater. The geological formation is what remains of a now extinct volcano. In 1968, Diamond Head State Monument was made into a National Natural Landmark and it draws thousands of visitors each year.

The volcano itself is extinct, but it left behind a crater that has a diameter of 3520 feet and there are two sets of steps leading up to it, 76 and 99 respectively. Once at the top of the crater you can walk around for a panoramic 360° view of both the crater and the island itself. Visitors staying in Diamond Head have said that of all the sights and attractions they visited, the Diamond Head volcanic trail was the most thrilling adventure. Although you don’t need to be in great physical shape to hike the trail, it is suggested that you begin early in the day since it will be much cooler and less crowded.

Near the 760 foot summit is a 580 foot tunnel which was dug in 1910 to provide access from the observation deck, built the same year, to Fort Ruger. This is thrilling to history buffs because Hawaii was annexed by the United States in 1898 and it then became necessary to protect the territory. The observation deck held cannons that were in place to protect both the island and the four level fort that was actually built underground within the crater.

Tours of Nearby Pearl Harbor

Diamond Head has been officially classified as a WWII site which is why it is especially appealing to visitors who are into American History. Either before or after hiking the volcanic trail and exploring the historic tunnel within the volcano, many tourists also stop at nearby Pearl Harbor that marked the United States’ entry into the war. Also, you might want to pay a respectful visit to the Punchbowl on Diamond Head where there are graves from Pearl Harbor, WWII and even from the Korean War and Viet Nam.

The amazing thing about traveling to Diamond Head isn’t just its proximity to the famed Waikiki beach or its beautiful tropical scenery, but what is truly remarkable is the fact that there is just so much history here on this one little piece of real estate. Many people choose to rent a vacation home on Diamond Head just to give them time to drink it all in. There isn’t tourist who doesn’t come away awed by just how much history there is to learn about and experience while staying here on Diamond Head.